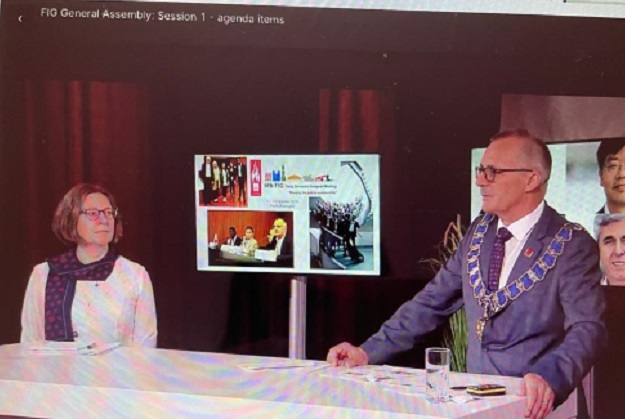 The International Federation of Surveyors (FIG) held its General Assembly on 20 and 25 June, in conjunction with the body’s annual Working Week.

Due to the pandemic situation, this was the first time that the General Assembly had been held in virtual session. It also coincided with both the 43rd and 44th General Assemblies, after 2020’s event had to be postponed until this year.

While the minutes have not yet been published, FIG has provided an update on some of the more important decisions made and actions adopted.

Kwame Tenadu (Licenced Surveyors Association of Ghana) and Mikael Lilje (Swedish Professionals for the Built Environment) were confirmed as Vice Presidents for 2021–24.

The schedule of major events for the next five years was set, being as follows:

More information on other decisions made during the General Assembly, along with videos of the sessions, can be found on the FIG website.