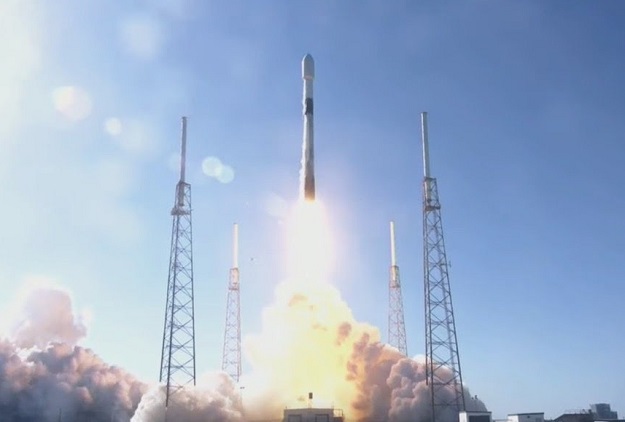 Australian company, Spiral Blue, has announced that it has successfully launched its Space Edge Zero (SEZ) computers into space on board SpaceX’s Transporter-3 rideshare mission.

The launch vehicle, a two-stage Falcon 9 rocket, lifted off from Cape Canaveral Space Force Station in Florida at 15:25 UTC on January 13 and entered into a 525-km altitude sun-synchronous orbit.

The edge computer is hosted aboard Polish satellite manufacturer, SatRevolution’s SWIFT satellite, and has been deployed by Italian company, D-Orbit, on its orbital transfer vehicle, the ION Satellite Carrier.

The successful launch will enable Spiral Blue to continue testing its first generation SEZ prototype, which was first launched aboard SatRevolution’s STORK-4 and STORK-5 satellites on 1 July 2021.

“We intend to continue launching throughout 2022 and early 2023 as we bring our hardware and software to operational status, also known as TRL 7.

“This continuous space qualification program enables us to rapidly iterate on and improve our technology over time.”

In 2022, Spiral Blue will launch with satellite operator and manufacturer, Satellogic, as part of its Hosted Payloads Program.

The launch, scheduled for no earlier than June, will see an upgraded version of the SEZ computer — called Space Edge-1 (SE-1) — launch into orbit. SE-1 will also fly aboard the Waratah Seed mission as a result of Spiral Blue winning the joint first prize in the Waratah Seed competition.

Spiral Blue was recently a recipient of an Australian Space Agency Moon to Mars Supply Chain Capability Improvement Grant, which supports the Australian space industry to build capacity to deliver products and services into domestic and/or international space industry supply chains that could support Moon to Mars activities.

The grant is supporting the development of Spiral Blue’s Space Edge Services platform.

Vendor focus: Anditi
In the lead up to Locate22 in May, we’re highlighting some...

Make sure you don’t miss Locate22
Here’s a preview of what you’ll see, learn and experienc...

CASA drafts 10-year safety roadmap for drones
The roadmap aims to provide a plan to integrate drones into ...