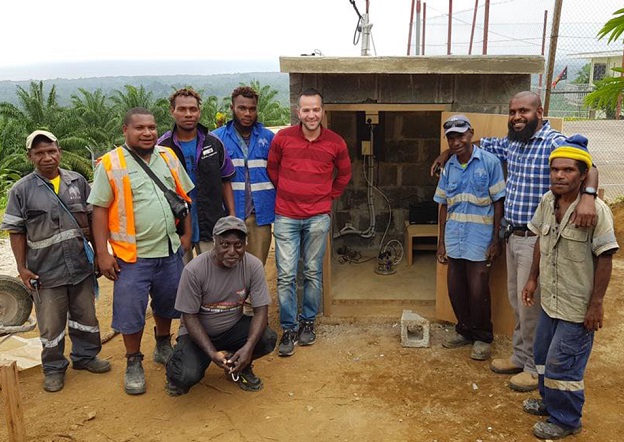 The region is home to the Ramu-Markham Fault, the main crustal fault that threatens Lae, PNG’s largest northern urban and commercial centre.

One of those surveys will involve the collection of GNSS data, which will be combined with satellite interferometric synthetic aperture radar data to measure the earthquake potential.

“Previous studies have identified very high rates of movement between the blocks along the Ramu-Markham Fault but while there is some evidence of earthquakes found in the oral histories there have been no recorded large earthquakes that have impacted Lae,” added Geoscience Australia Senior Hazard Scientist, Dr Phil Cummins.

“This indicates the presence of very high rates of strain between blocks that, when released, could result in large earthquakes. This combined with factors such as steep slopes and high rainfall, which increases the likelihood of landslides, poses a significant potential risk to the community of Lae.”

Funding for the Lae Earthquake Risk Assessment will come from the Department of Foreign Affairs and Trade Humanitarian Program.

A key element of the new project will be upskilling and sharing knowledge with partner organisations in Papua New Guinea.

“It is our goal through this project to share our expertise with our partners in PNG and help build local capability. We’ll be involving PNG government and universities wherever we can to help collect this data,” Dr Budd said.

“We’ll also be holding training workshops in PNG to ensure our in-country partners can get as much value out of this project as possible.”