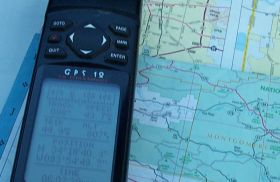 Researchers have warned that GPS systems are becoming increasingly vulnerable to accidental interference or deliberate jamming, raising concerns about reliability and security.
Professor Andrew Dempster, of the University of New South Wales School of Surveying and Spatial Information Systems, said GPS is relied up on for an ever-increasing number of applications, including navigation, vehicle and freight tracking, and location-based smartphone services.
However, low-powered GPS signals are easily drowned out by other sources, which are increasing in number, said Professor Dempster, among them cheaply obtained jamming units that can be used by criminals to knock out tracking systems.
“GPS signals are weak and can easily be outpunched by poorly controlled signals from television towers, devices such as laptops and mp3 players, or even mobile satellite services,” he said.
Professor Dempster spoke at a workshop on GPS vulnerability organised in Canberra on the 10th March, by UNSW’s Australian Centre for Space Engineering Research (ACSER). The workshop addressed unintended and intentional disruption threats, including the risks of GPS jamming and “spoofing” – where a false GPS signal is created – being used in terrorist activity.
“This is not only a significant hazard for military, industrial and civilian transport and communication systems, but criminals have worked out that they can jam GPS,” he said.
Professor Dempster said his research team had detected interference in GPS signals caused by a television tower in Sydney’s northern suburbs. While they had not detected any criminal jamming activity, Professor Dempster said overseas criminals are already using jammers.
The UNSW team are working with the University of Adelaide and private company GPSat Systems on an Australian Research Council-funded project to develop jammer-detection technology.
“Our research will produce a system that can accurately geolocate the position of a jamming signal, and hopefully track a moving vehicle carrying a jammer”’ Professor Dempster said.
“Australia has tough laws that ban jamming, but the risks to GPS keep growing, and there’s a need, not only for new solutions, but for more awareness and greater preparedness, particularly by industry when committing to using GPS when designing complex systems.”

Mapping buildings after the Beirut blast
Within days of the August 2020 explosion, experts were on th...