Drone use expanded in the coronavirus battle 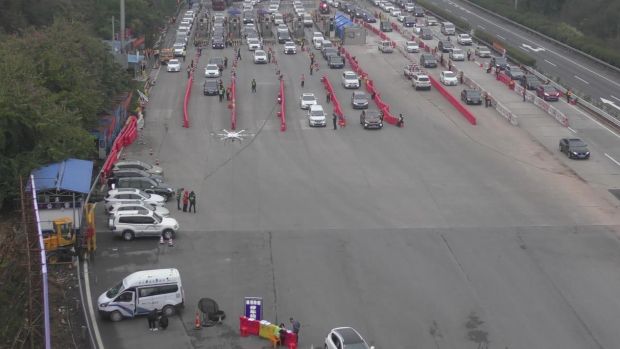 The drone in traffic monitoring.

With the sudden coronavirus outbreak firstly occurring in Wuhan, China, all cities joined with efforts in the fight. Shenzhen MicroMultiCopter (MMC) launched UAV prevention and invested a service team of over 200 people rushing to the front line with over 100 drones deployed in many cities such as Shanghai, Guangzhou, Zhaoqing, and other areas to participate in the battles, which greatly reduced the risk of spreading the diseaseamong front-line staff.

The UAV are involved in the following tasks:

Instead of helicopter patrolling, drones are capable of 360° patrols to observe the ground condition through 40x zoom cameras. Crowds and those who don’t wear masks in public places are found and dispersed by the commanders through onboard megaphones. Daily broadcasting by drones is carried out in different communities.

From stations, supermarkets to small courtyards where there is a need, MMC drones are used to spray disinfectant in public places. Compared to the traditional way, using drones can avoid direct contact especially in places requiring regular disinfection.

The drone with a thermal camera will automatically sense each person through high accuracy infrared that is being widely used in crowded areas to assist with onsite management and evacuation.

“Unlike previous years where we had to patrol and gather information, we can now measure everything using drones,” a local traffic police officer said.

“At first, our drones were used only in aerial broadcasting. They now go deeper in front-line use since the situation is getting more serious, further functions are required, so we quickly formed an online R&D team and carried out the updates,” said Lu Zhihui, chairman of MMC. 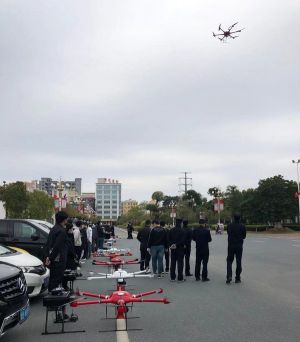